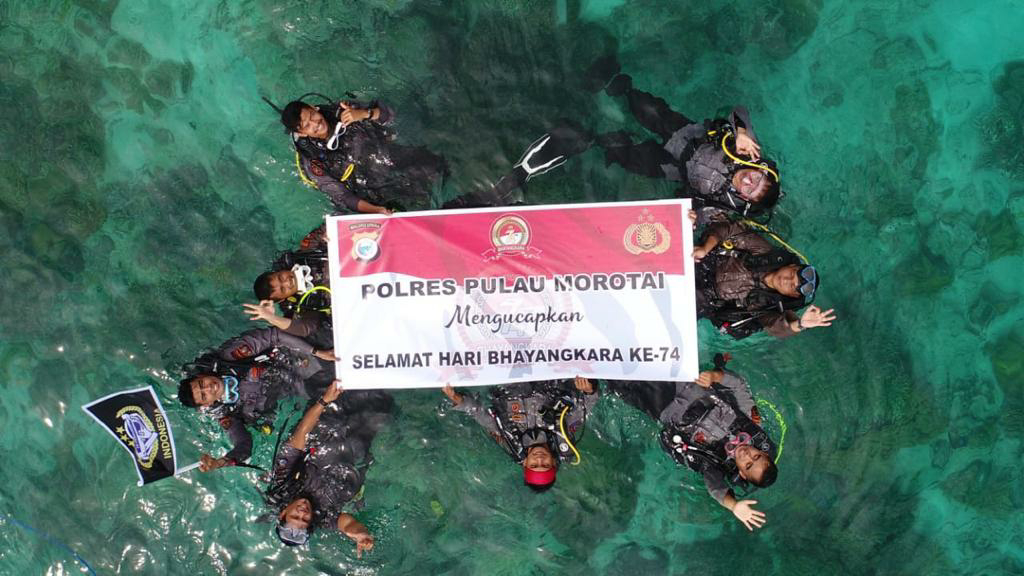 Vnews ||  Morotai - Commemorating the 74th birthday of Bhayangkara, Morotai Island Resort Police, raises the red and white flag at the bottom of the Morotai sea.
Commemorating the Bhayangkara Anniversary in the Covid-19 pandemic period was held simply by Morotai Regional Police. But on the other hand, 8 members of Morotai Regional Police belonging to the Morotai Underwater Police Feat Dive community were led directly by Deputy Morotai Island police chief Kompol Agus Purwanta. S.I.K held a ceremony and the raising of the flag in the Morotai Sea.
The location that was chosen by Underwater police feat diving at the diving spot is on the island of Mittita with a depth of 50 meters with a duration of 40 minutes using diving equipment.
When holding the red and white flag raising and benner their 74th Bhayangkara day they explored clusters of rocks around the spot, while capturing the moment. because, the intended diving spot is a place where crowds of blackfin sharks are found in Morotai. Brikpol Ilham Pono as the assistant deputy police chief told Vnews.co.id  that what was done was a form of a series of Bhayangkara Anniversary activities.
"We from the Underwater police feat Dive Morotai raised flags and greetings from the seabed in the framework of the 74th Bhayangkara Anniversary," he said briefly. Although it is known that Ilham Brikpol is not from the Water Police (Polair) unit, but his expertise in water is undoubtedly an active member of the Morotai freediving as well as the best students of the Indonesian Spearfishing master in Morotai, Spearo Hizbulla Ode. even though the newly formed community is planning to organize the same thing for national holidays. "It does not stop here, we will hold a ceremony for the Indonesian Independence Day in August and other holidays," Ilham said.(Oje)
Tags 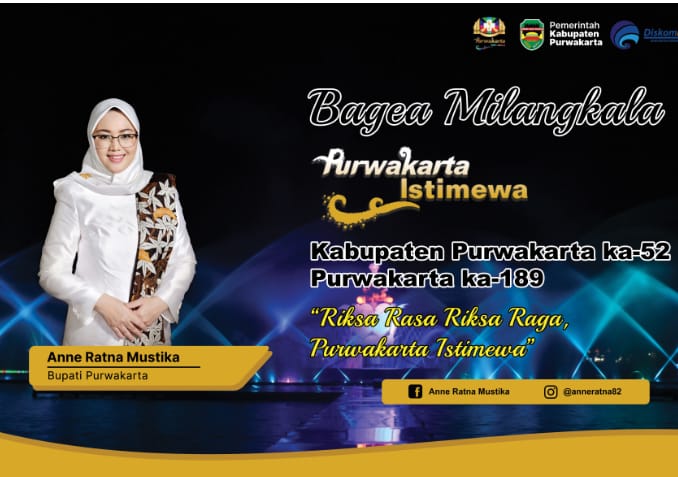 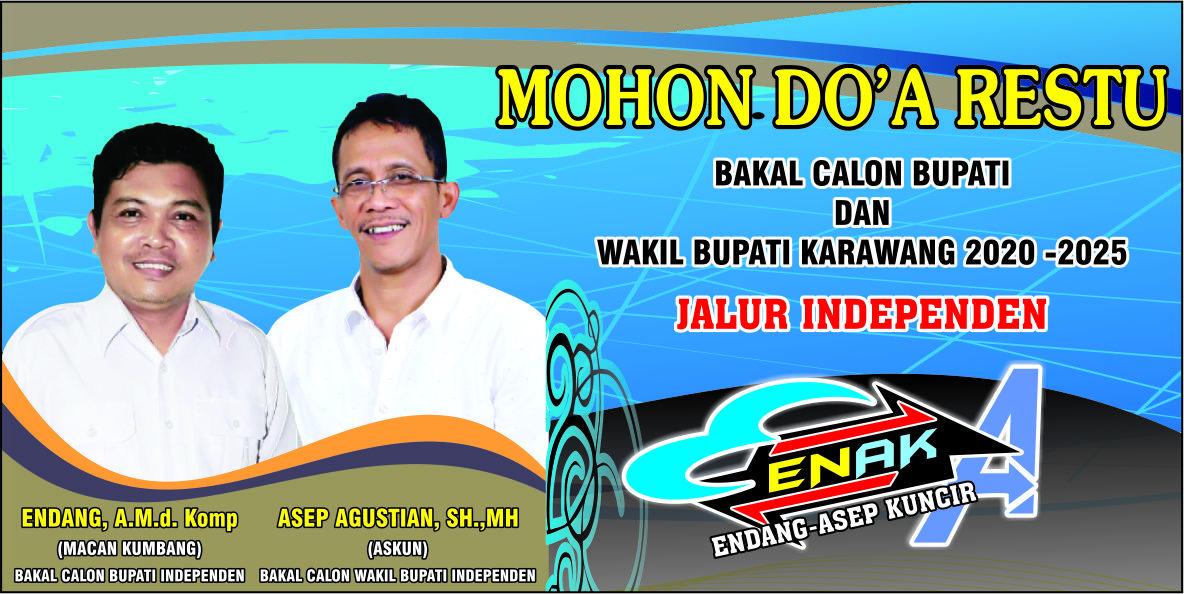 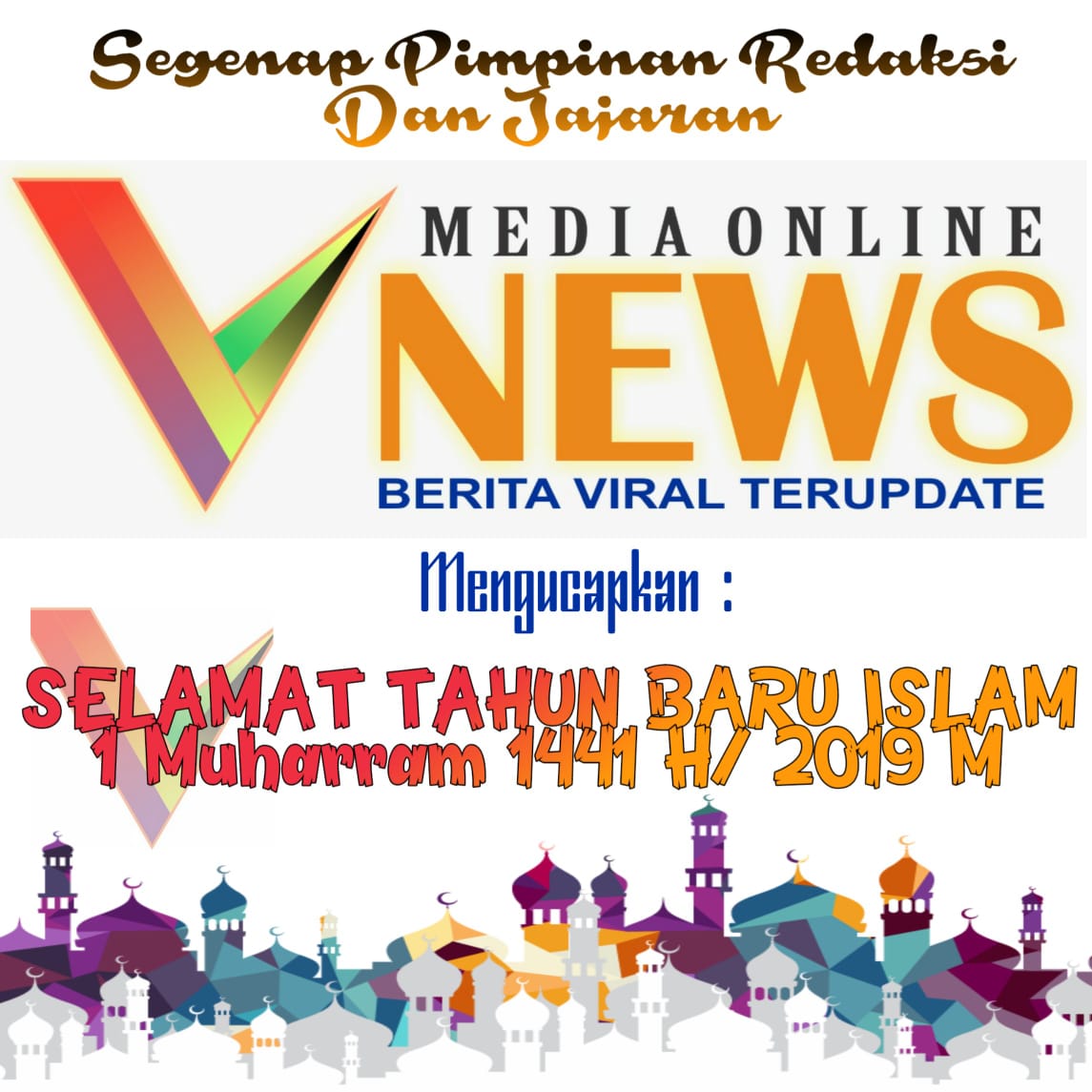